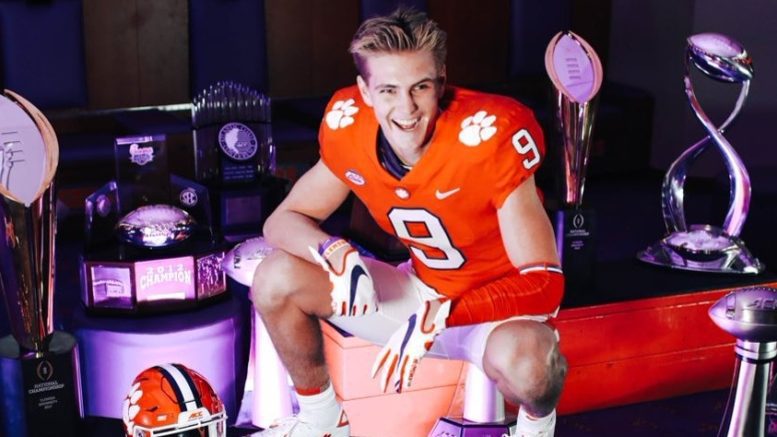 Jake Briningstool, a Clemson-recruit, is the nation's No. 1 tight end.

Jake Briningstool, a Clemson-recruit, of Ravenwood in Tennessee is considered the nation’s No. 1 tight end, according 247Sports.com’s composite rankings. Briningstool is coming-up a junior season that saw him catch 47 balls for 857 yards with nine touchdowns. He caught 22 balls as a sophomore.

Moliki Matavao, the nation’s No. 4 tight end prospect, has given his verbal to Oregon. He averaged over 15-yards a catch last year over with 46 catches in leading Liberty to a Nevada 4A title. Seven of his catches went for touchdowns.