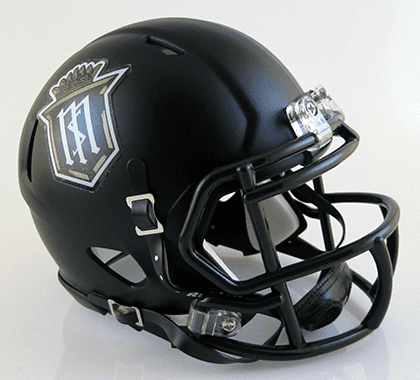 The Scott Meyer Era at Servite begins this evening against Fountain Valley.

Meyer comes to Servite after an extremely successful stint at Corona del Mar where he led the school to the 2013 Division III Bowl Championship Game title  with a perfect 16-0 record.  Meyer’s record at CDM was 50-6 with CIF-Southern Section titles in 2011, 2012 and 2013.

During fall camp, I spoke to Coach Meyer about his transition at Servite.  He said it’s been smooth and looks forward to building on the Friars’ tradition.  You can listen to his full answer below.

The strength of this team should be the defense with safety Keyon Riley and linebacker Sammy Duarte.  Riley, who has multiple Division I college offers, says the team really worked on bringing the younger players along during camp. You can listen to his answer below.

Once again this year, Servite will play one of the toughest schedules in the country.  Aside from having to play its five Trinity League opponents, Meyer has to prepare his squad for games against High School Football America preseason #1 De La Salle (California) and #3 Bishop Gorman (Nevada).

Meyer says, it’s a tall task, but the kids will be ready.  You can listen to his answer below.