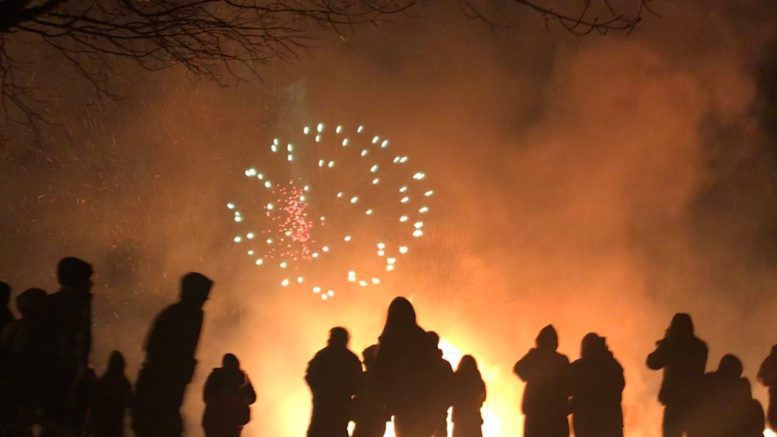 Right up front, there’s a lot of bias in this story. Growing up in Easton, Pennsylvania gave me a front row seat to what I believe is one of the greatest high school football rivalries in the nation — the Battle for the Forks of the Delaware between Easton (Pennsylvania) and Phillipsburg (New Jersey). The two communities are only separated by the Delaware River.

Yes, there are plenty of great traditional games around the nation, but the fact that this one is played on Thanksgiving morning makes it a bit more special. How special? ESPN has broadcast the game LIVE twice.

Game No. 112 in the series will be played Thursday morning at Lafayette College’s Fisher Field. When the teams kick-off at 10:30 A.M., the wind chill should be somewhere near zero, but a sellout crowd will do its best to bring things to a fever pitch.

Both communities celebrate the game throughout the week in different ways, but it all adds up to one saying on each side…Beat Easton or Beat P’burg.

Wednesday night, Phillipsburg, which brings a 10-1 mark into the game, celebrated with a community pep rally that included fireworks. Easton, which owns a record of 8-4, celebrated with its annual bonfire, below you can check-out video from the bonfire.

Elite 11 +1 heading to The Opening

Poll: 80% believe there will be a 2020 high school football season