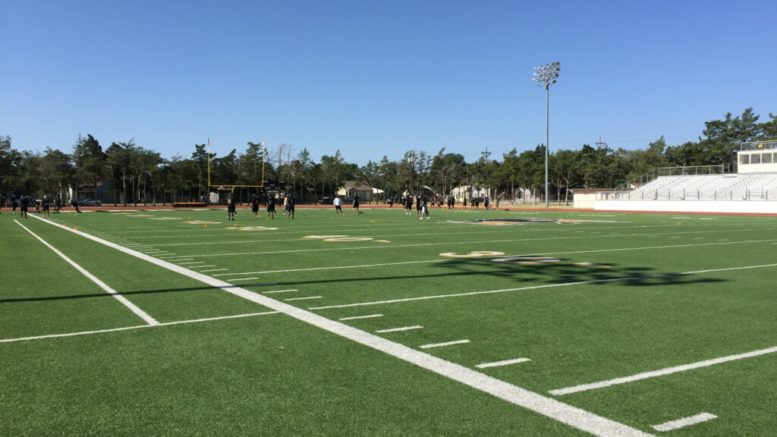 It is 5:54am on Monday morning, roughly four hours before I begin my 21st season as a football coach.  No, I’m not up because I’m wired for Day one.  And no, I am not Jon Gruden.  My alarm is not set at some ridiculous time to wake up every day.  My foot itched; it woke me up and now I can’t finish this sleep session.  So I am going to write the first blog of 2016.

As I lay here, anticipating my 21st year of two-a-days as a coach, I can’t help but think back to when this incredible, crazy and unpredictable journey began in 1996 at Nazareth High School, working with HC Chris Gerhard.  I was basically a 20-year old high school GA, working with the RB’s, fetching bags, pushing the VCR buttons for the staff etc.  The good ole days!

Now I have the annals of my football mind flowing!

I remember my first Friday night as a DC for Northampton High School in August, 2003.  I drank a bottle of Pepto on the bus ride to Stroudsburg High School.  My nerves settled quickly, as CB Billy Haydt picked a pass off on the first series and ran it back for a TD. We rolled to a 28-7 win that night.

Five years later (after coaching one season at Muhlenberg College, where we went undefeated), I find myself as head coach at Plant City High School in Florida and on the sidelines at Durant High School for my first game. We jumped out 6-0 but that was it.  We lost 25-6 and suffered through a tough year.  But 2008 was just the springboard for our breakout year in 2009.  What a ride that was.

Suddenly, and I mean suddenly, I am running out of the tunnel at Notre Dame Stadium in Week One of the 2010 season for the Purdue Boilermakers. Insanity…it was as if I was floating across the field.  It was so loud and the stadium was rocking.

Two years later I am helping lead the Lubbock High Westerners to their first playoff appearance in 36 years. After a winless opening season, we shocked the entire planet by pulling this one off. LHS in the state playoffs? Who woulda thunk it?!

Yes, after 20 seasons the blood is now flowing for Year 21!  I am as excited right now as I was back in 1996.  The feeling never goes away.  It is an incredible rush.  It’s times like this when I feel sorry for the “working class”, because they don’t get to feel this rush every year the way coaches do.

I am very fortunate to have lasted this long in this profession. Furthermore, I have been extremely lucky to land in the places I have and to have had the chance to work with great people who made me better. I still get chills thinking about the night we strolled into Easton’s historic Cottingham Stadium and knocked off the Red Rovers. It is just a practically unheard of thing, especially for Northampton, who has only beaten Easton two times in school
history.

But that night, October 21st, 2005, the Konkrete Kids pulled-off a dandy and shocked the Lehigh Valley. It may have been the best defensive game plan I have ever created.  I can feel the hair standing up on my arms thinking about it.

We had many moments like this while rebuilding Northampton.  We went 31-19 in 4 years, with three playoff berths, a state playoff game and an Eastern Conference championship.  Good times!

Yes, everybody, football season is here!

I am pumped for this season!

We have some new pieces, which you will hear all about. I will write all about them as we get going here over the next few weeks.  We have great kids, with great stories. We have kids that want to finally get this program over the hump. They want
to taste success. They want to win!

We also have some new coaching staff additions. I am excited to work with these guys on a daily basis.  We needed some new blood and we found it in a big way.

I will lay all this out and break down the upcoming season in the next blog entry.  So many things go talk about. We have a story to tell!

One thing that will be prominent in this blog during the 2016 season is the topic of mental health, particularly with coaches.

The mental health and overall well-being of coaches is overlooked.  I know this for a fact. We wake up and go to work, year-round, often times never taking a step back to recharge ourselves.

I will dive much deeper into this topic over the course of the season.  Trust me, you will want to pay attention to this subject throughout the blog.  It touches a personal nerve with me.

-The Yankees stink. End of story.

-The Penguins do not stink. Stanley Cup Champs!

-Buzz words you won’t read about in this blog: grind; RPO; Hillary; anything with a hashtag in front of it.

-Hoping 2016 can be a year in which coaches don’t live tweet and break down every play of a college football game. Can you just be a fan and say great play? Nobody needs to read on Twitter, “Wow. Auburn was in a 2 shell and Alabama ran Ace 65 Z
post, X shallow with a fan route by the F back”.  You really aren’t impressing anyone.

-You control you and your thoughts. Positivity comes from you and only you.

Till next time, FIO.