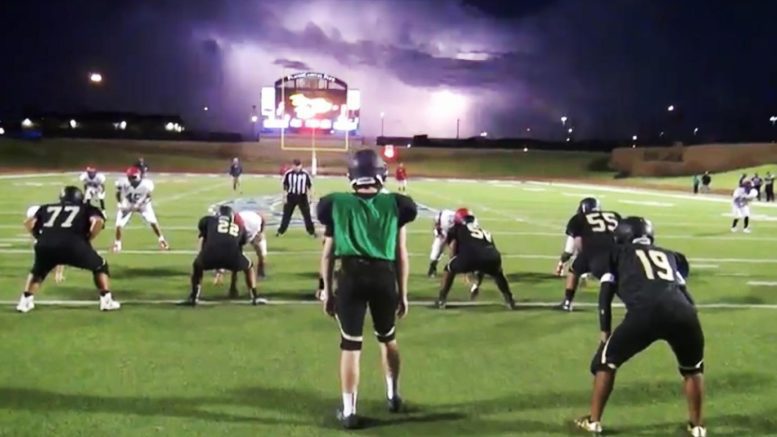 We wrapped up Week 3 with an excellent showing in our scrimmage against Plainview on Friday night.

Our objectives coming into our last tune-up were simple: play with effort, attitude and come out healthy.  I am able to check all three of those boxes.  Mission accomplished!

We opened the scrimmage with ten solid plays on defense.  Facing the Wing-T is always tough, especially in a scrimmage, but we hung in there and came up with some big stops in the first ten plays.  We had eleven helmets flying to the football.  We played hard.  Many, many good things to see.

Once we got the ball on offense we went sixteen plays, capped with a Kwami Wilborn TD.  It was a great drive, in which seven different players ran or caught the ball. We mixed it up well. It was a great way to open up.

Overall, we played the entire roster and got quality reps from top to bottom.  We answered a lot of questions in key positions.  We have have added some good depth and have demonstrated some good speed.  Right now, as we break camp, I am really impressed with our entire roster. Friday’s scrimmage was delayed by 90 minutes because of lightning, but maybe a good sign, a rainbow appeared over PlainsCapital Park in Lubbock.

We had a great camp and it was by far the most consistent camp we have ever had.  This group has not let up.  They answer the bell every day.  They enjoy being around each other and you can see it showing up on the field.  It is just a fantastic atmosphere.

Usually by now I have announced captains or begun the weeding out process.  But, as it stands now, I haven’t made a move in announcing any captains. Why?

Well, each team is different.  The 2016 version of the Westerners are functioning as an entire team.  This team has policed itself and they have handled the very few issues we have had.  We have leaders in every corner of this locker room.  They have all come together to lead each other as a whole.

Why would I mess with that dynamic right now?

I’m going to keep letting it roll.  Sure, we will send guys out for the coin flip on Friday.  That may be the extent of it. They are all captains right now and it hasn’t been by design.  It’s how it happened.  Chemistry and unity are a great thing. Strunky believes that it’s the little things you do for your staff make a difference. Saturday morning, he brought-in coffee.

Friday night was a long night.  A lightning delay pushed our scrimmage back about 1.5 hours.  I knew we had a long working weekend ahead of us, once we arrived Saturday morning. I wanted to provide a little pick-me-up for the guys.

On the way in I stopped and picked up coffee for the entire staff.  It was a simple gesture but one which was greatly appreciated. It’s the little things you do for your staff that helps keep everyone motivated and its shows them the appreciation I have for the work they do.

–Gary Sanchez and Aaron Judge are good baseball players. The Yankees are fun to watch again.

-Life is filled with weirdness.  Embrace the weirdness.

-Surrounding yourself with positive people creates a positive energy in the building.  Players feed off of it.

-There is a lot of bad music out today.

-Deep fried hot dogs are not good for you.

The regular season is upon us. Let’s have some fun!

Related: Read all of the The Turnaround blogs from 2016