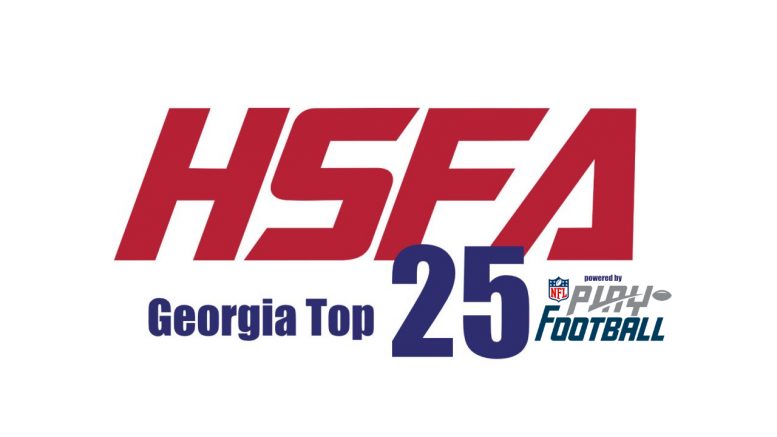 With two weeks to go in the 2021 Georgia high school football regular season, lots of regional championships will be handed out this weekend.

In Class 7A Region 8, top-ranked Collins Hill heads to No. 9 Mill Creek.

While everyone talks about the Eagles offense with quarterback Sam Horn, a Missouri verbal commit, at the helm, the team’s defense has been outstanding with five shutouts, having only allowed 39 points all year. CH will again be without two-way standout Travis Hunter, who suffered a leg injury at the beginning of the month.

The Region 7-5A title will go to the winner of the Cartersville-Calhoun matchup. Cartersville is ranked No. 7 in our statewide Top 25, while Calhoun is No. 23.

Cartersville (9-0) is currently ranked No. 60 nationally in the High School Football America 100 powered by NFL Play Football. Calhoun is receiving honorable mention national, which puts the Yellow Jackets between No. 201 and No. 300 in America.

Calhoun’s only loss this year came against Tennessee’s McCallie, currently ranked No. 98 in the nation.

Home field may be a big advantage in this one, since Cartersville has won 51 straight at home since 2011, according to Georgia High School Football Daily.

As far as the latest Top 25 rankings, Lowndes moves-up three spots to No. 10 after knocking-off Colquitt County. The Packers fall from No. 7 to No. 11 in the the new rankings that are created with out proprietary algorithm.