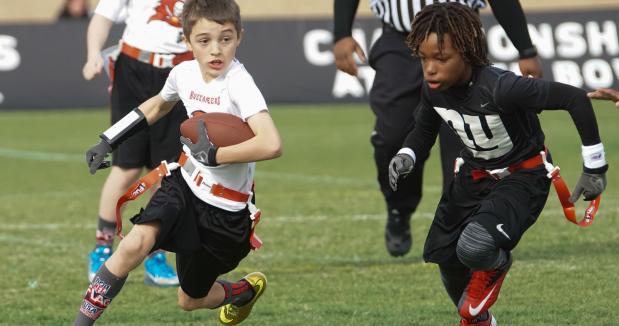 According to the Chicago Tribune, officials in Naperville District 203 have informed parents of the plan for its five junior high schools. Seven middle schools in the Indian Prairie district are making a similar switch. In both cases, the newspaper is reporting that the switch to flag football is because of declining participation numbers.

America’s most notable flag football player is future Hall of Fame quarterback Drew Brees, who didn’t play tackle football until his freshman year at Austin’s Westlake High School in Texas. In fact, Brees and his longtime friend and agent Chris Stuart of Encore Sports are the founders of Football ‘N’ America, a flag football league that they hope will grow into a safer alternative to tackle football across the country and possibly save the game.

There are currently ten FNA leagues around America, including one in Peoria, Illinois.