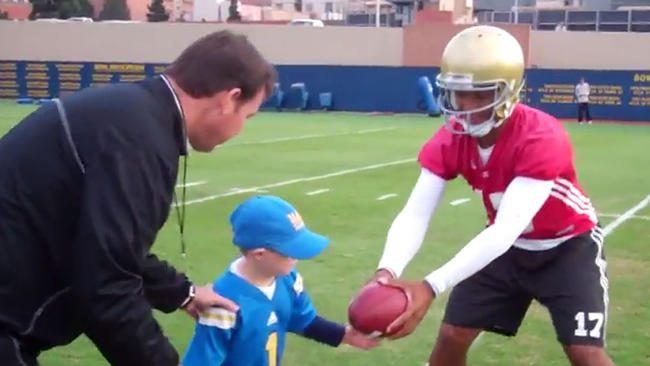 There were certainly enough stories to be told on National Signing Day on Wednesday, but nothing beats the signing of 9-year old Cade Spinello from Mission Viejo, California.  UCLA inked Spinello, who was diagnosed with brain tumor in 2009 to a Letter of Intent.

The fourth-grader has undergone two surgeries since his diagnosis.  He’s also had a stroke that has left him legally blind.

Last season, Spinello practiced with the team and scored a touchdown.