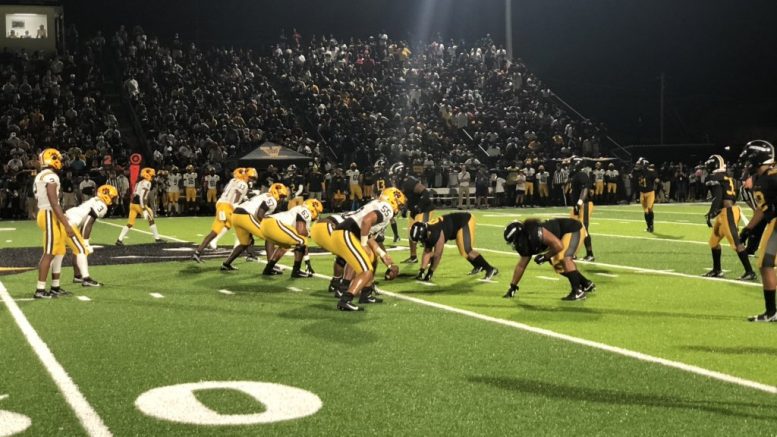 The man that led Colquitt County to two Georgia state championships and a 2015 High School Football America “mythical” national championship returned to Moultrie, Georgia Friday night with a different team. Rush Propst, who spent 11 seasons with the Packers until being fired after the 2018 season, and his Valdosta Wildcats left Tom White Field at Mack Tharpe Stadium disappointed after a 24-10 loss.

Making the matchup even more interesting was the fact that former Valdosta head coach Alan Rodemaker, who was surprisingly fired at the end of last season, is now the Colquitt County co-defensive coordinator. Rodemaker’s defense picked-off two passes and a fumble. The Packers’ special teams also blocked two punts in the win.

For the second week in a row, Valdosta, ranked No. 4 in the High School Football America Georgia Top 25, didn’t have 4-star quarterback Jake Garcia under center.

Earlier this week, the Atlanta Journal-Constitution reported that the parents of the USC-commit may have dissolved their marriage so their son could make the cross-country trip from California, which won’t be playing high school football games until January 2021. The AJC reports the Georgia High School Association is investigating his eligibility.

GHSA bylaws require that transfer students move “simultaneously with the entire parental unit” into their new school zones to be eligible immediately. The GHSA acknowledged an ongoing investigation but would not comment on it, per office policy.

The Packers, who will improve from their No. 6 ranking in our Georgia Top 25, is now 2-0 and will play Dothan (Alabama) next week. Valdosta is now 2-1.

This was the 106th meeting between the two schools. The Wildcats still lead the all-time series 71-31-4.

Georgia High School Football – No. 51 Colquitt County knocks No. 15 Grayson from the ranks of the undefeated