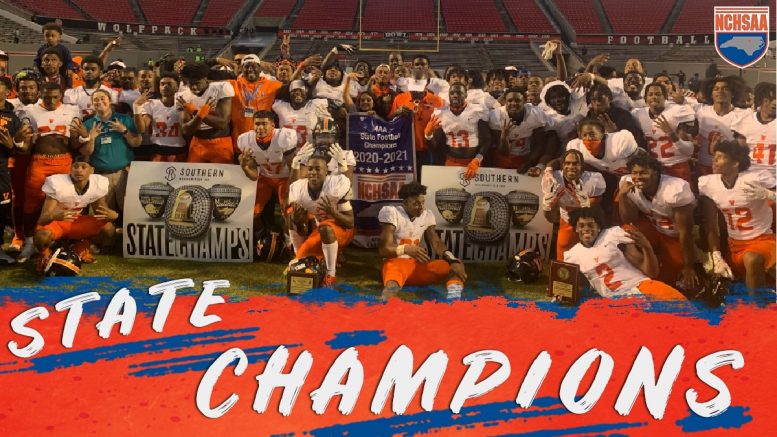 It took a bit longer to defend its 2019 Class 4AA high school football championship, but Saturday night, the Vance beat Rolesville 35-14 to capture its second straight state title. Vance entered the game as the No. 1 team in the High School Football America North Carolina Top 10, while Rolesville, playing in its first-ever state championship game, was ranked No. 3.

Watch the entire championship game below:

The school will go for its third straight in the fall, but under a new name, Chambers High School.