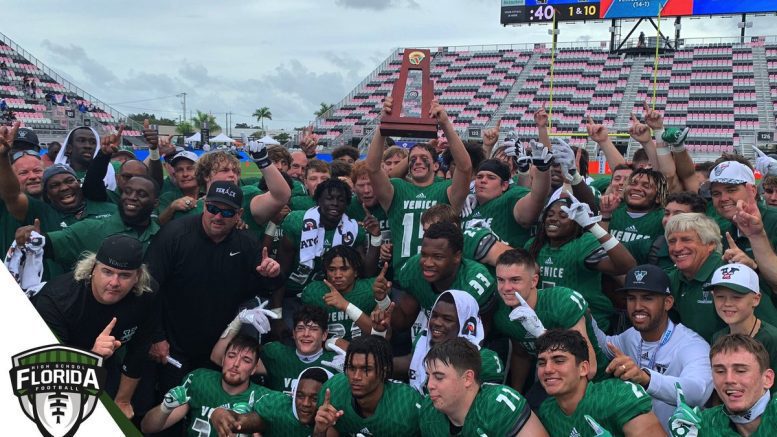 For the first time since 2017, Venice is a Florida high school football state champ. The Indians beat Apopka for the Class 8A championship Saturday in a battle of nationally-ranked teams.

This one was never in doubt with Venice quarterback Ryan Browne having a great game completing 18-of-21 passes for 250 yards and four touchdowns in the 35-7 win.

Ryan Browne to Omari Hayes for a 60 yard TD! Huge statement for the Indians! #flhsfb pic.twitter.com/GNGLn2cT9f

The Venice defense was outstanding, holding Apopka to 115 yards in total offense.

The state title is the third overall for the Indians.

The undeclared on the Eve of National Signing Day