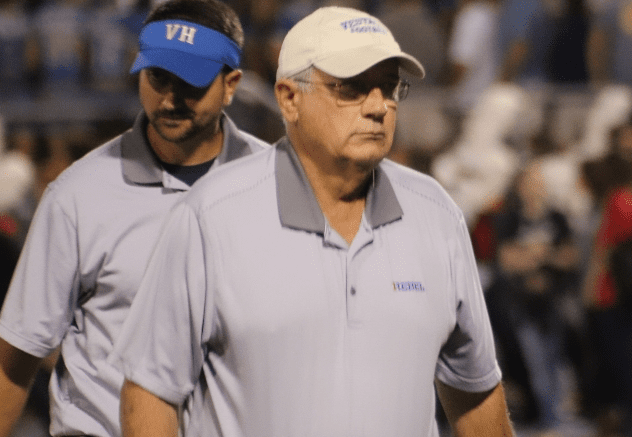 Congratulations to Buddy Anderson, who will be entering his 41st year as the head coach at Vestavia Hills this season, on his recent induction into the National Federations of State High School Associations’ Hall of Fame.

Anderson is Alabama’s all-time winningest football coach – at any level. Not only is he the top high school football coach with 329 victories in 40 years at Vestavia Hills High School, he has more wins than college coaches Paul “Bear” Bryant (323), Nick Saban (216), Ralph “Shug” Jordan (176) and Pat Dye (153).

According to the NFHS news release, Anderson’s teams have won 16 area and region championships and made 30 state playoff appearances, including state championships in 1980 and 1998, when his team finished 15-0 and was ranked nationally.

Anderson has also served as the school’s athletic director for 40 years. During that time, the school’s teams have won 65 state championships during his tenure, including 13 state wrestling titles and nine state baseball championships. Anderson was selected Alabama Coach of the Year three times, and he was inducted into the Alabama High School Sports Hall of Fame in 2003.