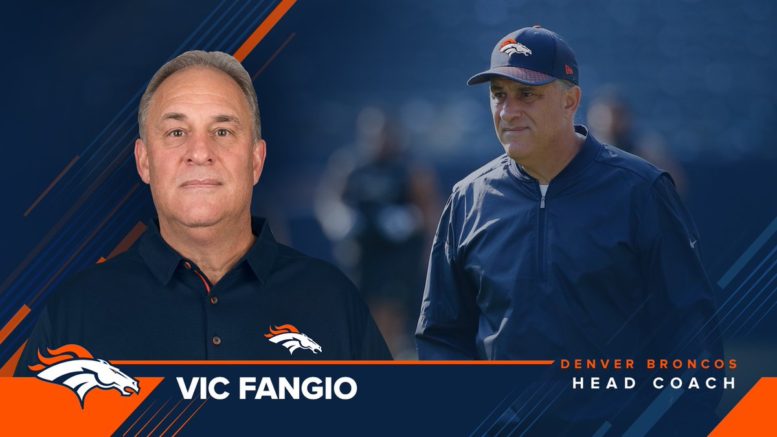 For those of you not familiar with the Dumore Bucks high school football program in northeast Pennsylvania and its legendary head coach Jack Henzes, new Denver Broncos head coach Vic Fangio wants you to know about the town and the man who has led the program 52 seasons.

During a recent interview with the local NBC affiliate in Denver, Fangio, who is just a few days into his first-ever head coaching job, spoke about the man that led him during his high school playing days.

“He is a passionate guy about football,” said Fangio. “He gets me on the phone, he wants to learn the new things, ‘what are you doing here?’, if he’s having a problem with something [and] how to solve it. He’s never lost his passion or his energy for football.”

Henzes is hoping to return to the sidelines in 2019 for his 53rd season as a head coach after sitting out 2018 after heart surgery. Henzes owns the second most wins in Pennsylvania high school football history has served as Dunmore’s head coach since 1971. His overall record is 435-160-8.

Fangio, who played defensive back and wide receiver for Coach Henzes, started his coaching career in Dunmore as a linebackers coach and eventually a defensive coordinator from 1979 to 1981.

Listen to my interview with Coach Henzes in 2015 below.

St. Joseph’s Prep opens regular season this weekend No. 1 in the Pennsylvania Top 25