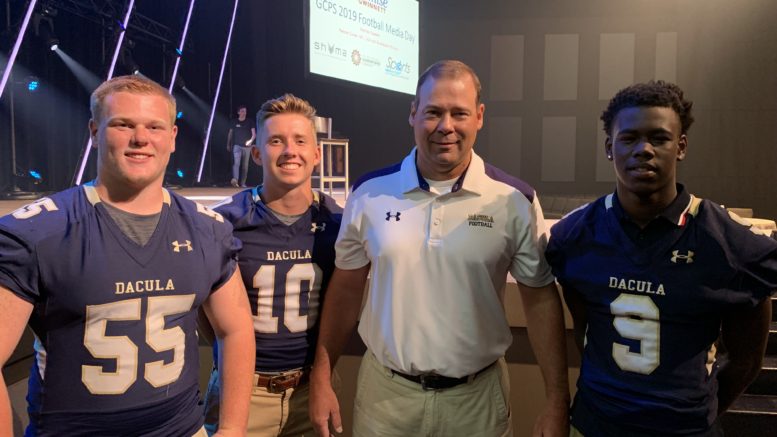 After a trip to the Georgia Class 6A state semifinals, Dacula last year, head coach Clint Jenkins is hoping to take the Falcons to the next level in 2019. Dacula is coming off an 11-3 season, losing to eventual state runner-up Northside-Warner Robins 14-7 in the state semis.

Below, Jenkins, who is entering his second season as head coach, talks about this year’s team, which begins the season as an Honorable Mention team in the High School Football America preseason national rankings.

Dacula opens the season against Discovery on August 23.