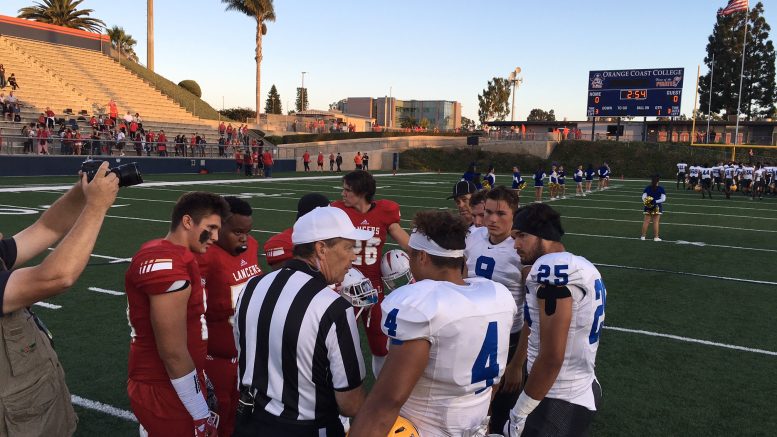 On the list of the teams that La Mirada isn’t afraid to play?  Teams from the Trinity League, which year-in and year-out is considered the best or second-best in America.  Friday night, Moschetti, an La Mirada alum, got his first win against a Trinity League foe as the Matadores opened the 2016 season with a 21-14 win over Orange Lutheran, which entered the game ranked #10 in the High School Football America Preseason Southern California Top 25.

La Mirada, ranked #14 in our SoCal Top 25, entered the game 0-4 against Trinity League teams since 2013.  After two straight losses to Servite in 2013 and 2014, the Matadores lost to St. John Bosco and Mater Dei in 2015.  Bosco finished the season ranked #9 in the final High School Football America Top 50, while Mater Dei finished #37.

La Mirada and Moschetti can’t celebrate the win over OLu too much, because next week the Matadores will play St. John Bosco, the #1 team in the High School Football America Top 25 that opens the season on national television Saturday against Ohio-power St. Xavier.  The following week, LM gets #4 Mater Dei, which opened with a huge 63-14 win over Bishop Amat Friday night.

Highlights from Friday’s win can be seen below.

The Turnaround – Dusting-off for a new week vs. Andrews