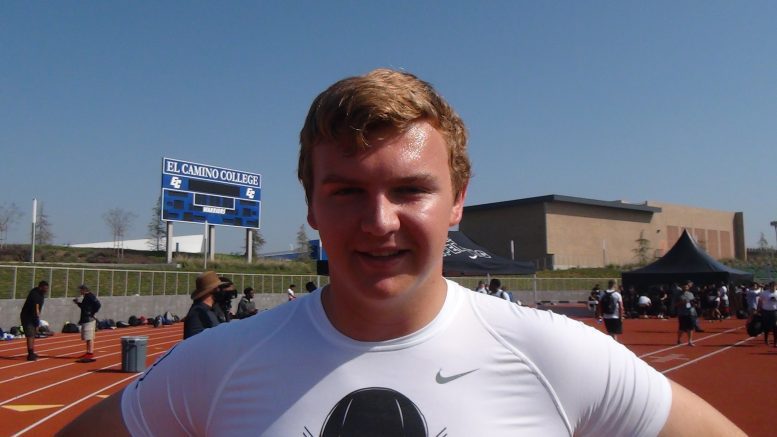 In the video below, Brown, who only began playing football as a freshman, told us he’s getting ready to check-0ut some of the schools that have offered him, plus he evaluates his development over the last three seasons. Brown, who is ranked as the tenth best offensive tackle prospect in the nation by 247Sports.com’s composite rankings, also discussed his excitement about the upcoming 2017 season that will see Mater Dei ranked as one of the best teams in the nation at the start of the season.  Last year, the Monarchs finished No. 14 in the nation in High School Football America final national Top 50.