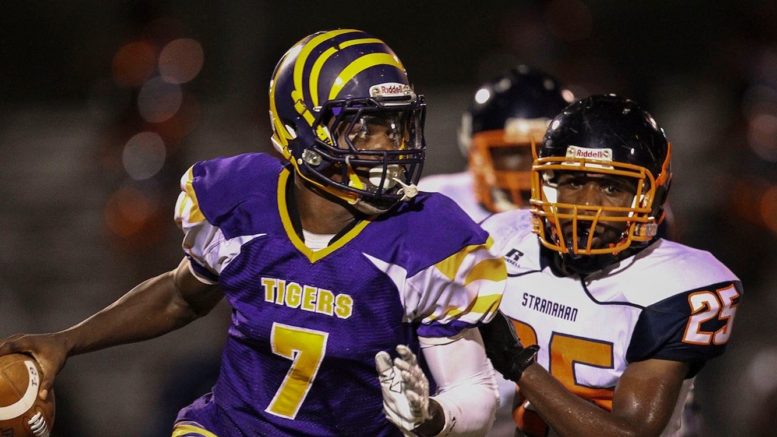 As we head into this weekend’s National Football League divisional games, there are a lot of NFL scouts eating “crow” or shall we say “raven.” There were a lot of “no thanks, we’ll pass” answers when it came to drafting the University of Louisville’s Lamar Jackson, who leads the Baltimore Ravens against the Tennessee Titans for the right to go to the AFC Championship game.

Jackson’s talents with his arm and his legs began in South Florida. During his junior and senior seasons at Boynton Beach High School in Florida, he led the school to a 21-4 record. Not bad for a kid, who wasn’t even on the football team as a sophomore when he attended Santaluces High School.

Below, you can watch video of Jackson, who was rated as a 4-star college football prospect in 247Sports.com’s composite rankings.

Jackson will face Texas native Ryan Tannehill, who attended Big Springs High School. Tannehill was a defensive back during his sophomore season, but during his junior and senior seasons, the dual-threat quarterback became a 3-star college football prospect.

He threw for 2,668 yards during his high school career, plus he also rushed 1,439 yards before accepting a scholarship to Texas A&M.