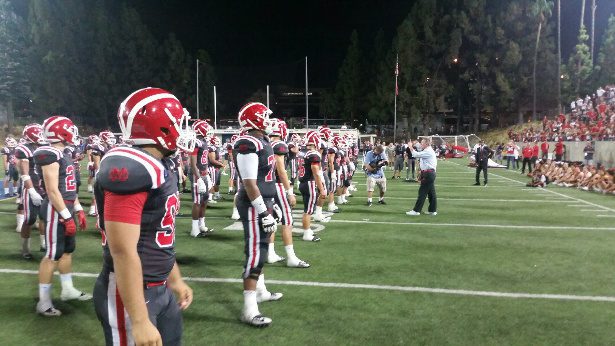 As the head coach at Southern California’s Mater Dei for nearly three decades, Bruce Rollinson (255-79-2 has won a lot of games and produced a lot of talent.

Heading into the 2015 season, Rollinson had his share of questions that needed to be answered.  The biggest — could his extremely young team withstand the rigors of a tough non-league schedule that included a season opening match-up against Bishop Amat that was ranked nationally by every one of the ranking services.  The Monarchs 24-21 win over Amat was followed by five more wins and the the unveiling of the school’s next great quarterback — freshman JT Daniels, who took over the reigns of the offense in Week 2 after Matt McDonald went-down with a broken arm.

As the Monarchs, ranked #11 in the latest High School Football America National Top 25, prepare for their Trinity League showdown with #4 St. John Bosco, Rollinson is happy for Daniels and the way the six sophomores he’s starting on offense are playing.

Listen to Rollinson, Daniels and several other Monarchs talk about the team’s 6-0 start below.