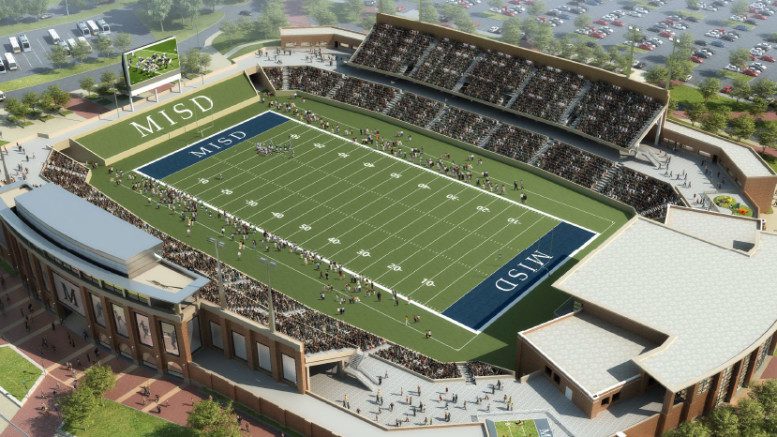 Voters in McKinney, Texas, approved a $220 million bond package that includes a new football stadium and events center that will be among the most expensive in the nation.

Depending on how you look at the numbers, it could be the most expensive. Construction of the 12,000-seat stadium accounts for $50.3 million of the current bond with another $12.5 million for infrastructure coming from a 2000 bond vote.

The bond was approved with 63% of the vote.

District officials have said the stadium will be used for soccer games and band competitions and could host state playoff games. The adjacent events center, they say, could be home for reunions, banquets and other events. Officials also hope the new stadium could spur retail and restuarant development near the site.