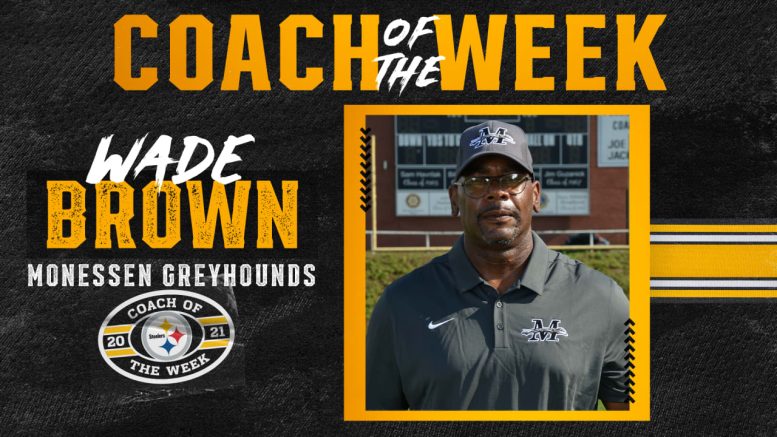 The Pittsburgh Steelers have named Wade Brown, head coach at Monessen, this week’s High School Coach of the Week.

“Wade Brown earns his first win as Greyhounds head coach with a 24-6 victory over rival Charleroi. The rivalry game, dubbed “Battle of the Bridge” started back 1907, although it hasn’t been played every season due to class realignment and other scheduling conflicts.  Not only was this a big win for Coach Brown, this is the first time the Greyhounds beat Charleroi since 2007. The game featured big plays on offense for Monessen, including a 76-yard screen pass and a 92-yard run on the night.”