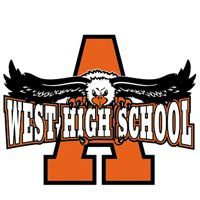 In the championship game, Chugiak, which was looking for its first title since 1996, turned the ball over seven times.

The championship was West’s third in the last six years.