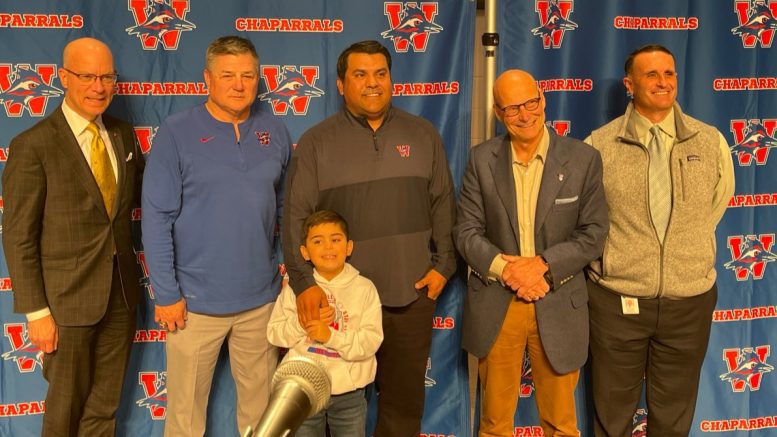 There’s no surprise that Westlake’s new head coach is Tony Salazar, who has served as the program’s defensive coordinator. The reason it’s no surprise is because the Chaparral’s former leader Todd Dodge told High School Football America co-founder Jeff Fisher, at the end of last year, that Coach Salazar would be the man to follow in his footsteps.

Coach Dodge talked about Salazar on the High School Football America Podcast that honored him as our 2021 National Football Coach of the Year.

You can listen to that interview by pushing the play button below.

Coach Dodge, who announced before the season that this year would be his last, closed-out an incredible coaching career earlier this month by leading Westlake to its third straight Texas high school football championship. The title was the seventh overall for Dodge, who also won four at Southlake Carroll.

Dodge won 233 games in 23 years as a high school football coach. He goes into retirement on a 40-game win streak, which is the third longest active streak in America by a public school.

“We have a next man up culture here at Westlake. I’m the next man and it’s an honor.” #GoChaps

This morning’s Eanes ISD School Board Meeting began with the board recognizing the 2021 team and Todd Dodge’s career.

Dr. Tom Leonard then announced that Tony Salazar will be Westlake Football’s next head coach. Join our coverage of today’s press conference at noon. #GoChaps pic.twitter.com/ZKoxREqCqH