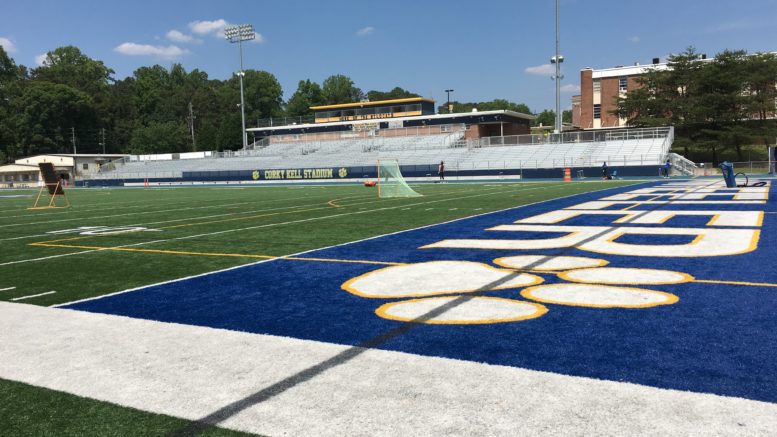 Corky Kell Stadium at Wheeler High School in Marietta, Georgia is named after the school’s legendary coach, who died of complications from lung cancer at 57 years old.

Kell was one of five founding members of the Georgia Athletic Directors Association, serving 14 years on the executive committee of the Georgia High School Association.  He also served as president of the Atlanta Touchdown Club in 1988-89.

In 1992, he came-up with the idea of creating a High School Football Classic to kick-off the season.  The game is played annually at the Georgia Dome and is called the Corky Kell Classic, raising money for the Corky Kell Scholarship Fund.