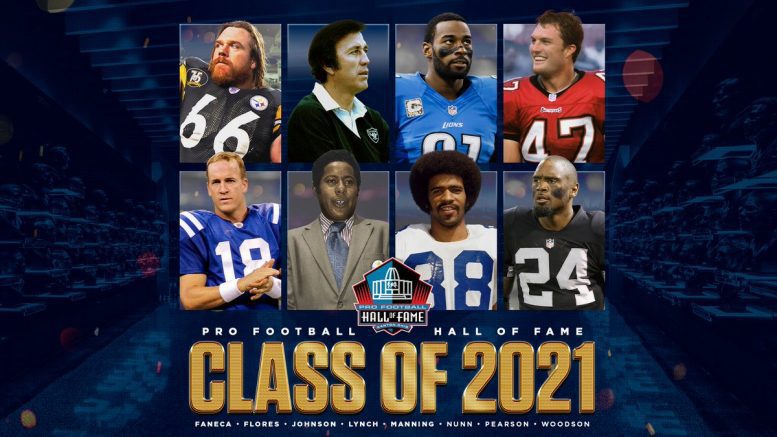 Saturday and Sunday will be the culmination of years of hard work and dedication for those being inducted into the Pro Football Hall of Fame in Canton, Ohio. The enshrinement ceremony inside Tom Benson Hall of Fame Stadium will welcome the Class of 2021 made-up of guard Alan Faneca, coach Tom Flores, wide receiver Calvin Johnson, safety John Lynch, quarterback Peyton Manning, contributor Bill Nunn, wide receiver Drew Pearson and cornerback/safety Charles Woodson.

To honor this year’s inductees, we’ll take a look at their high school careers.

Faneca, who played for the Pittsburgh Steelers (1998-2007), New York Jets (2008-2009) and the Arizona Cardinals (2010), played his high school football at Lamar Consolidated in Rosenberg, Texas. During his senior season in 1993, Faneca was named as an honorable mention lineman to the Class 5A All-State high school football team.

Faneca, who was diagnosed with epilepsy at the age of 15, was also named as the Touchdown Club of Houston’s Player of the Year and was named to the Orlando Sentinel‘s All-South team.

In 2009, Faneca was named to the University Interscholastic League’s All-Century Offensive Football Team.

We found a 1953 article from the Fresno Bee that described Flores as “Tom (The Arm) Flores.” The article below also calls the senior QB as “the stringbean 160 pounder.”

Johnson played at Sandy Creek High School in Tyrone, Georgia where he was a three-year starter. During his high school career, the future No. 2 overall pick in the 2007 NFL Draft, caught 108 passes, averaging over 21 yards per catch. Johnson grabbed 29 touchdowns in high school.

Johnson, who played his entire career with the Detroit Lions, was considered a 4-star recruit in high school. Below are a couple of photos of the young man, who became known as “Megatron,” from Rivals.com.

Lynch, who was a three-sport athlete, played at Torrey Pines High School outside of San Diego, California. In addition to his football skills, Lynch was a talented pitcher who was part of the San Diego all-Section baseball team that included future Major League Baseball player Tony Clark, who is currently the Executive Director of the Major League Baseball Players Association.

On the high school gridiron, the Hall of Fame safety was a two-way player as a quarterback and linebacker.

Below is a newspaper clipping from the North County Blade-Citizen highlighting Lynch’s final high school game. Lynch, who played for the Tampa Bay Buccaneers (1993-2003), Denver Broncos (2004-2007) and New England Patriots (2008), played quarterback in an all-star game between players from San Diego and Los Angeles.

The second oldest of Archie Manning’s sons, Peyton played at Isadore Newman High School in Louisiana. Manning was a three-year starter, leading the Greenies to a 34-5 record.

The Gatorade Circle of Champions National Player of the Year during his senior season, completed 59.4-percent of his 761 attempts. He threw for 7,207 yards with 92 touchdowns. 39 of his throwing scores came in his senior season.

By the time he was a senior, nearly 60 college football programs had offered him a scholarship. When Peyton chose the University of Tennessee over Ole Miss, his dad Archie’s alma mater, newspapers across Mississippi were extremely tough on the first family of quarterbacks. For those of you unfamiliar with Nunn, he was the managing editor of The Pittsburgh Courier, who became famous as a scout for the Pittsburgh Steelers when discovered future Hall of Famers like Mel Blount (Southern), John Stallworth (Alabama A&M) and Donnie Shell (South Carolina State). He was the first African-American appointed to a front-office position with the Steelers. 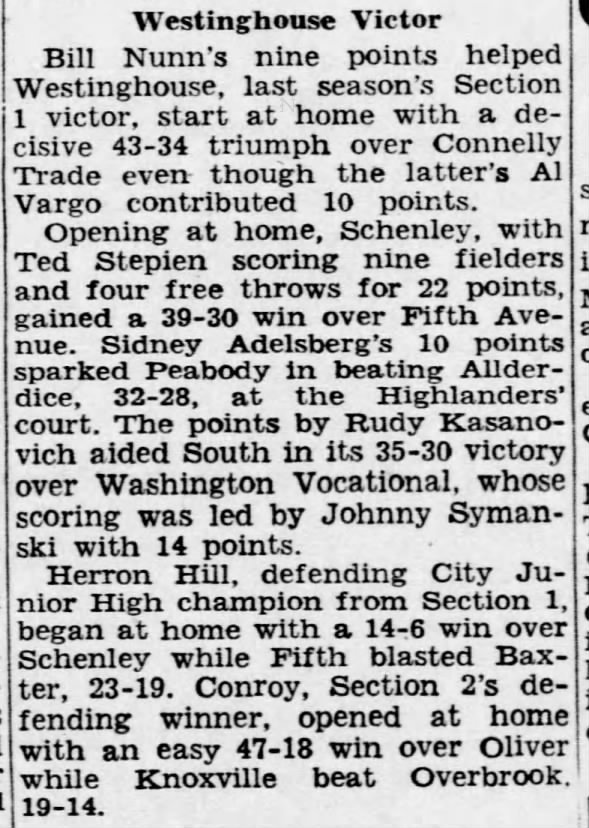 Nunn went-on to play college basketball at West Virginia State that went 26-0 during his senior season.

The South River High School football program has the distinction of having two future NFL players, who would go on to win Super Bowls, on the field at the same time.

As a sophomore in 1966, Pearson was listed as one of the school’s backup quarterbacks to Joe Theismann. A local newspaper noted that Pearson was also one of the best defensive players.

Drew notes on his website drewpearson.com, that he caught his first high school TD pass from Theismann in ’66.

“In 1966 as a sophomore Drew caught his first high school touchdown, a 60 yard touchdown from Joe Theismann.  Drew became Theismann’s favorite go to target leading the South River Rams to an undefeated season in 1966.”

After Theismann graduated, Pearson became the team’s starting quarterback. During his senior season, he was named first team all-state.

Pearson was also an excellent basketball and baseball player at South River. 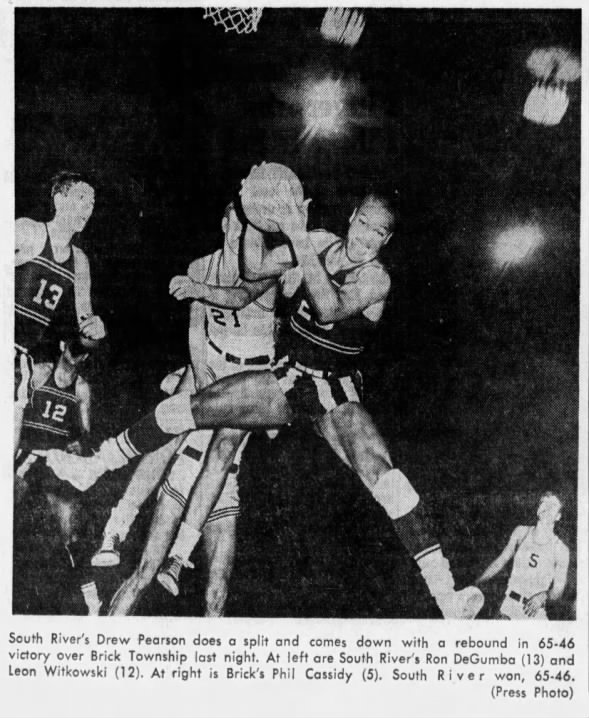 Pearson was inducted to the New Jersey Sports Hall of Fame in 2001.

As a senior at Ross High School in Fremont, Ohio, Woodson was named the state’s Mr. Football. 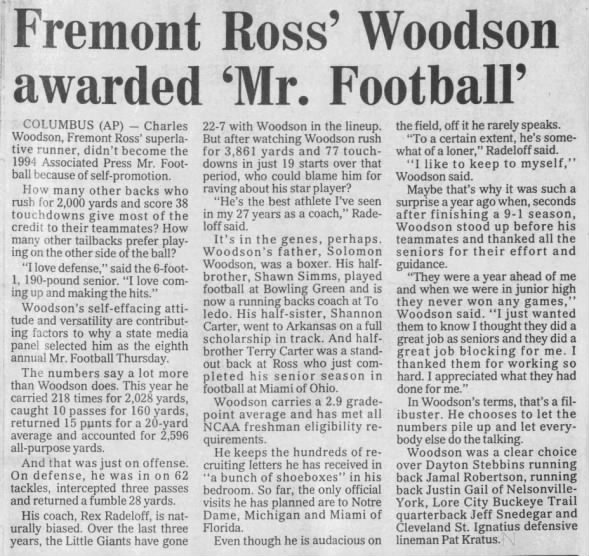 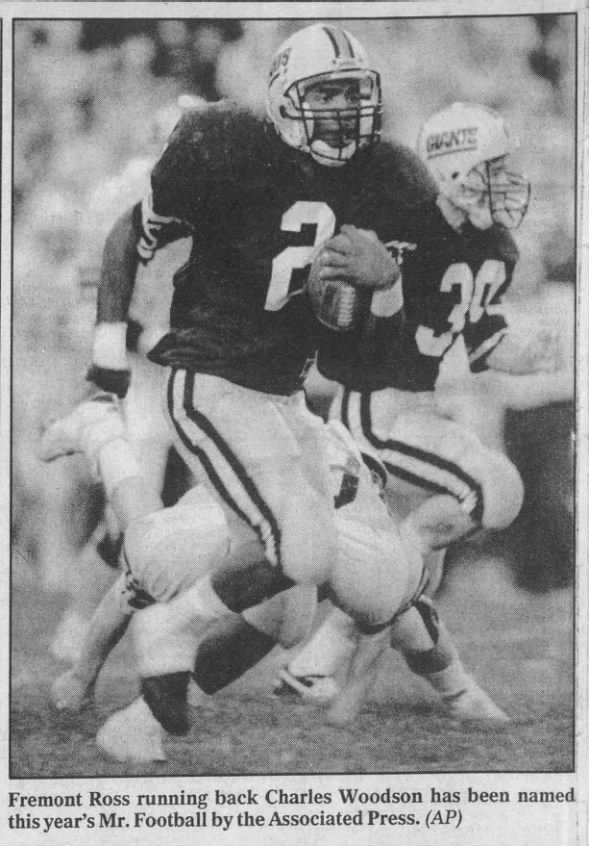 In high school, Woodson was a running back. He graduated as the school’s leader in rushing yards with 3,861 and scoring with 466 points.

After his senior season, Woodson was named to the Parade High School All-America Team.