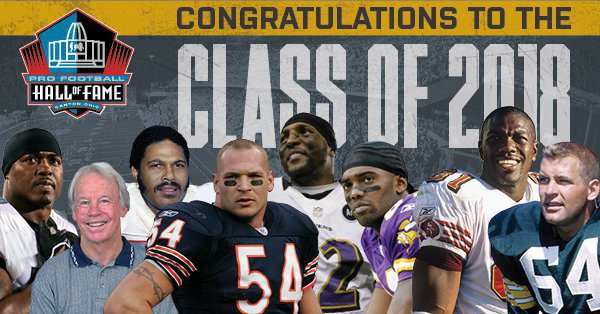 As I watch the Pro Football Hall of Fame induction ceremony in Canton, Ohio, I realize one thing…none of it would be possible without high school football.

Congratulations to all that are reaching the pinnacle…including Terrell Owens, who didn’t show up in Canton.

Alabama and Florida lead the Class of 2018 with two players each. Cornerback Brian Dawkins (Raines HS) and Ray Lewis (Lakeland HS) give Florida its 13th and 14th inductees in Canton. Linebacker Robert Brazile (Vigor HS) and wide receiver Owens (Russell HS) give Alabama a total of nine Hall of Famers.

Randy Moss, who played at Dupont High School, is the fifth player from West Virginia to be inducted into Canton.