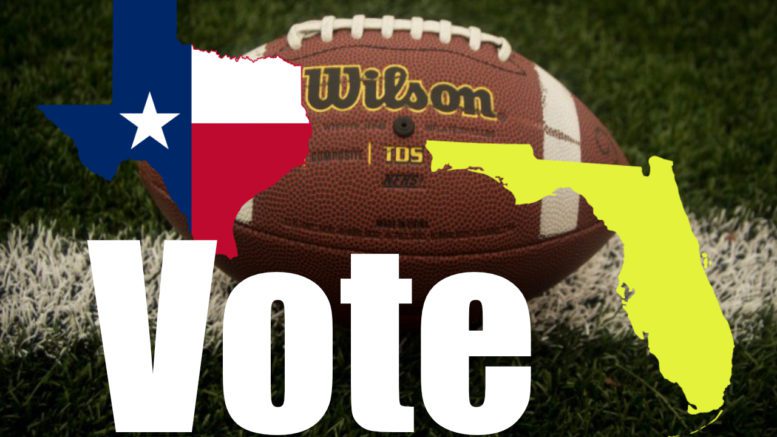 We’ve reached the finals off our online social media vote to determine which state plays the best high school football in America. Voting began at noon Eastern Time Friday, you can cast your vote in the battle between top-seeded Texas and the No. 2 seed Florida below, plus on Facebook, Instagram and Twitter.

Our contest began Monday with Texas defeating Alabama in the quarterfinals. In the semis, the Lone Star State beat Ohio. Florida beat New Jersey in the quarters and Georgia in the semifinals.

Our proprietary algorithm that creates our national rankings determined the eight states and their seeding for the competition.

The finals voting will last until noon Eastern Time on Saturday.

Let’s have some fun to celebrate the 2018 season!

The Turnaround: Matt Millen and Baseball