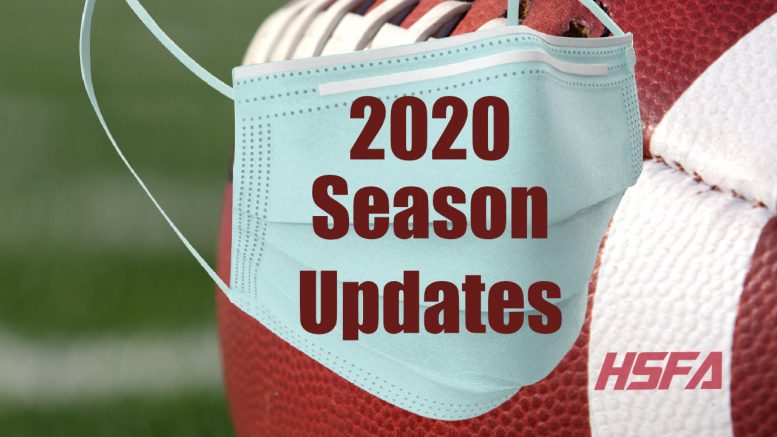 With Colorado and Minnesota delaying the start of the 2020 high school football season to next year, there are now twenty-eight states that have decided to start the season later than scheduled because of the coronavirus pandemic. California, Colorado, Illinois, Maryland, Minnesota, Nevada, New Mexico, Oregon, Virginia and Washington. Washington D.C. has also moved the high school football to next year.

On the positive side of the coin is the fact that some states have “officially” said they are trying to start on-time — Alabama, Alaska, Idaho, Iowa, Indiana, Missouri, Montana, Michigan, Nebraska, New Hampshire, North Dakota, Ohio, Oklahoma, Pennsylvania, Tennessee and Utah.

Below, you can click on each state to read our story on the new regular season start dates:

California – each of the ten sections will announce start dates

Florida – moved the start of Fall camps to August 24

Hawaii – PPD start of regular season, but no start date yet

North Carolina – PPD start of regular season, but no start date yet

Vermont – PPD start of regular season, but no start date yet

Virginia – season will be moved to the Spring

No. 29 Hoover beats No. 9 McGill-Toolen for Alabama 7A title