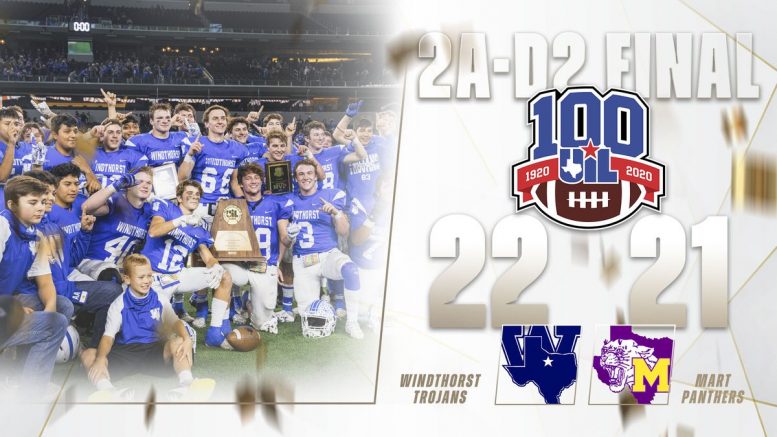 Mart’s drive for a fourth straight Texas high school football state championship ended on a two-point conversation by Windthorst with :26 seconds to play in Wednesday’s Class 2A Division II championship game at AT&T Stadium, home of the Dallas Cowboys.

The upset was set-up when Windhorst drove 75-yards to cut Mart’s lead to 21-20. Below is the game-winning two-point conversion.

A 2 point conversion to knock off the defending champs!?

Windthorst Head Coach Chris Tackett reflects on the culmination of all the hard work the Trojans have put in and discusses the gutsy 2 point conversion!#UILonFSSW | #TXHSFB | #UILState pic.twitter.com/8RoVkD2FIV